The Curtain Theatre is first recorded as having opened its doors in 1577 in an area of land called Curtain Close in Shoreditch, home to Shakespeare’s earliest theatres and arguably the birthplace of modern theatre. Shakespeare’s Lord Chamberlains Men used The Curtain from 1597-1599 and Henry V is believed to have debuted there.

PAST: THE CURTAIN PLAYHOUSE

The Curtain Theatre is first recording as having opened its doors in 1577. It was located in Shoreditch, east London, an area that can lay claim to being the birthplace of modern theatre. Audiences flocked to the Curtain Theatre to enjoy theatrical performances and other entertainments until the 1620s, with a small break in the late 16th century as the plague gripped the capital.

Historical records reveal little about the Curtain Theatre, and in particular about its construction, however like other London theatres at this time, it is thought to have been a timber building with three tiers of galleries that surrounded an open central yard, where audiences stood. According to an account from a Swiss theatregoer, it cost one penny to stand in the yard, two pennies to sit in the galleries, three pennies to sit in the galleries with a cushion, and six pennies for a seat in a box.

William Shakespeare’s acting troupe, The Lord Chamberlain’s Men, used the Curtain Theatre as their base from 1597-1599. In that time it is believed that Henry V debuted at the Curtain and that other famous plays were performed there, including Romeo and Juliet and Every Man in His Humour that starred Shakespeare himself.

As The Globe and other theatres opened on Bankside, the Shoreditch playhouses went out of use. By the 1630s the Curtain Theatre had been converted into tenements.

Historical records have always pointed to the Curtain Theatre being close to modern-day Curtain Road in Shoreditch, east London. In 2011, archaeologists from MOLA were undertaking exploratory excavation for The Stage Shoreditch when they came across the remains of the Curtain Theatre.

This trial excavation only revealed a very small section of the Tudor building but an open-area excavation, which took place in spring 2016, allowed archaeologists to expose all of the surviving remains and study the Shakespearean playhouse in detail.

All of the artefacts uncovered were taken back to MOLA and examined by experts and the archaeological and historical material brought together. The theatre’s remains are covered over and will be preserved in the ground to allow for them to be revealed again in a public visitor centre on the site. 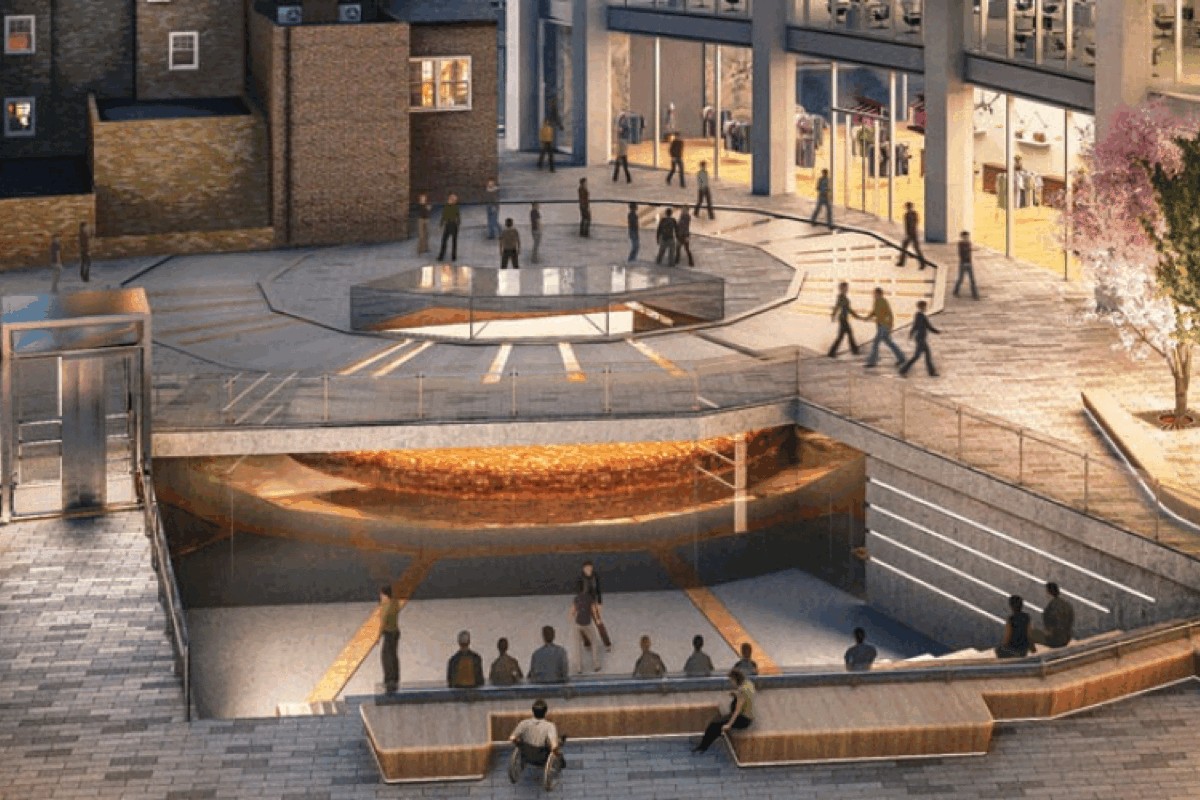 To showcase what will hopefully be Hackney’s first scheduled ancient monument the site of The Curtain Theatre will be transformed into a captivating tourist attraction that will allow residents to lose themselves in Shakespearean history. Featuring the preserved remains of The Curtain Theatre and a purpose-built heritage centre, visitors will also be able to take a break at the sunken amphitheatre or even watch a performance.

Under current plans visitors will have a chance to walk on a glass platform just above the theatre remains, view objects from the dig and watch augmented reality of scenes from Shakespeare plays. 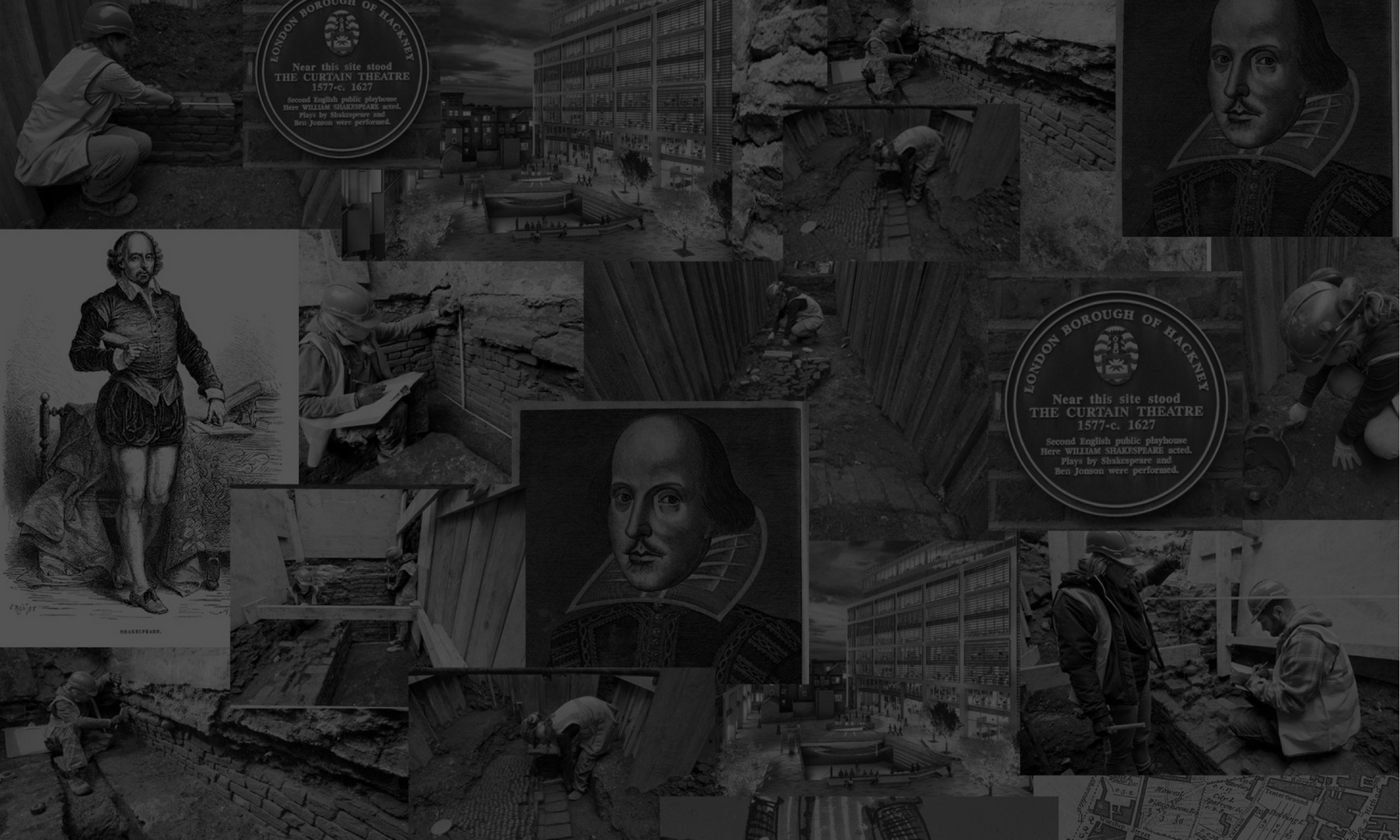 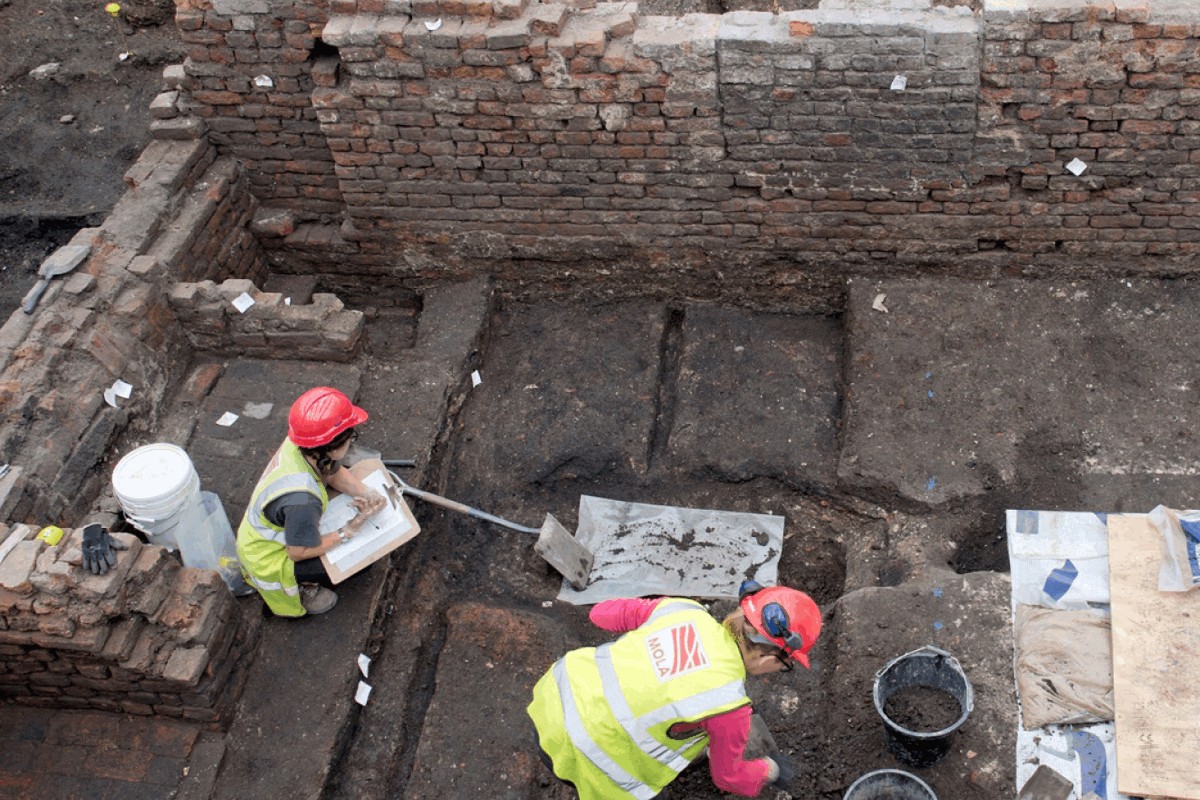 MOLA is an experienced and innovative archaeology and built heritage practice. In 2016 archaeologists from MOLA excavated the site of Shakespeare’s Curtain Theatre in Shoreditch.