Shakespeare treads the boards of the Time Truck in Hackney 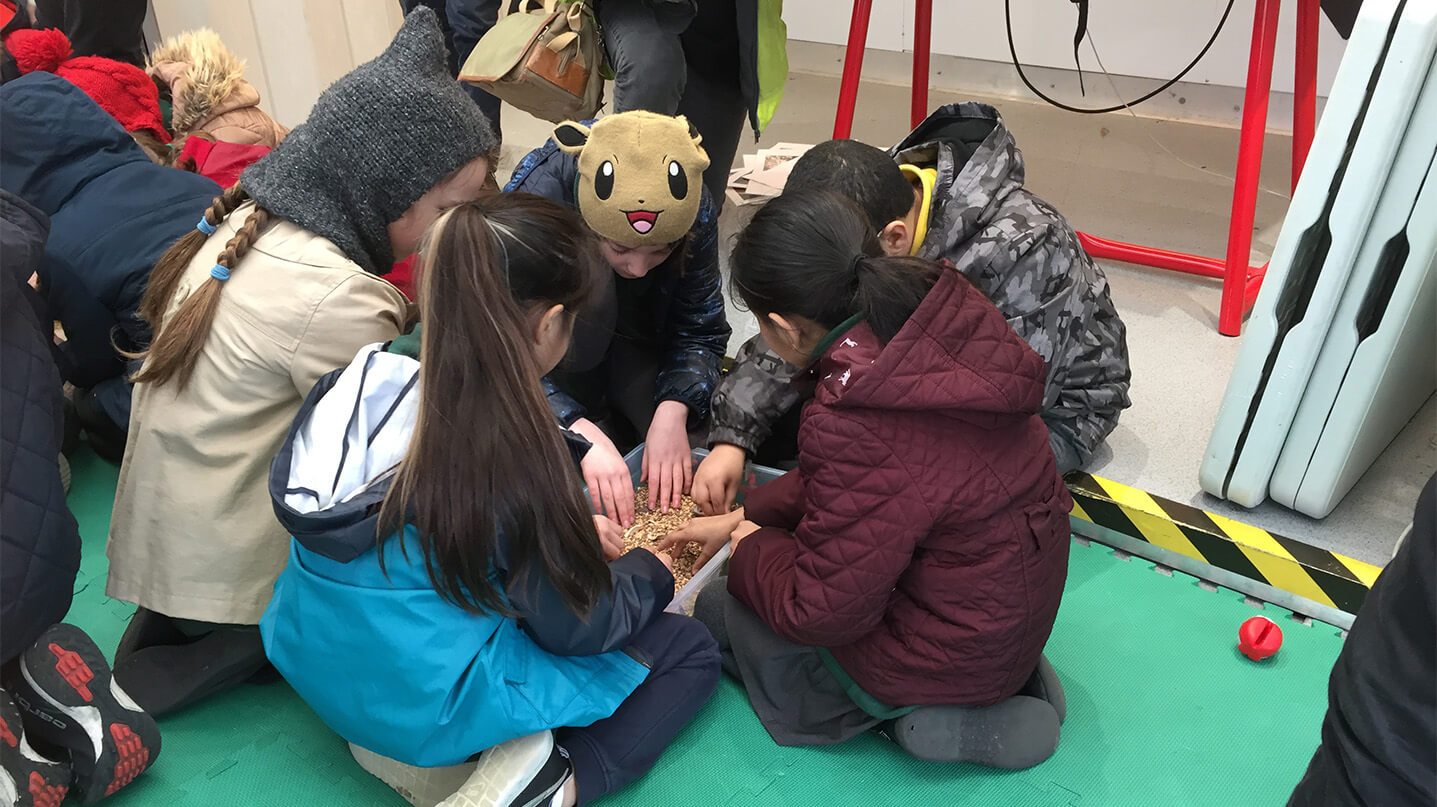 Last Friday saw the most recent event in the extensive engagement programme around MOLA’s excavations of The Curtain Theatre on behalf of Cain Hoy Investments and Galliard Homes. Time Truck Project Officer Magnus Copps offers this soliloquy on the day:

Our outing for Shakespeare Week to Hackney Town Hall began with the pilot of our new Dramatic Discoveries education session (to be delivered as part of the Time Truck Outreach Programme from September 2017). A class from Colvestone Primary, Dalston, were given the first opportunity to learn more about our discoveries at the Curtain through the workshop. These included looking at and reconstructing reproductions of different objects found at the site, and looking at how our discoveries around the organisation of the theatre may have influenced the way that plays were staged and even written there. The highlight of the workshop was a series of re-enactments from plays, which included both Act 1 Scene 1 (“In fair Hackney [Verona], where we lay our scene…”) and Act 3 Scene 1 (“A plague on both your houses”) of Romeo & Juliet, which yielded some performances worthy of the stage at the Hackney Empire next door!

In the afternoon we put the Truck through a quick change and set out a public display of finds and handling collections in order to shine a spotlight on our excavations at the Curtain. Discoveries on display included bellarmine jars with enough beard to put all but the most hirsute Hackney hipster to shame, as well as beads from costumes, combs, and even a ceramic bird whistle potentially used to produce sound effects during productions. Paul McGarrity, our archaeologist on-the-scene, brought these discoveries to life with his experiences of working on the Curtain Theatre excavations. Younger visitors were also offered the opportunity to excavate and reconstruct reproductions of objects found at the site including the ubiquitous Tudor moneyboxes in which Elizabethan theatregoers would have paid their entry.

During the course of the day we attracted as wide an audience as any Shakespeare play, from schoolchildren to Borough Councillors. It was a great pleasure to have representatives of Cain Hoy, our Supporting Partners on the Time Truck project, and our lead archaeologist on the project Heather Knight, pay a visit to see the impact their work is generating first hand. We even received a visit from the Bard himself, in 2 dimensional form courtesy of our friends at Hackney Museum!

We are extremely grateful to both Galliard Homes and Cain Hoy Investments for recognising the value of our discoveries at The Curtain and making this event possible, and to the London Borough of Hackney for hosting us outside the Town Hall. Watch this space for more Curtain Theatre Time Truck events in Hackney!